Dr. Folpe attended Amherst College ( Amherst, MA) as an undergraduate, the University of Rochester (Rochester, NY) as a medical student, and performed his residency in Anatomic Pathology at the University of Washington Medical Center (Seattle, WA). Dr. Folpe received additional fellowship training in Immunohistochemistry, under the direction of Dr. Allen Gown, and in Soft Tissue Pathology, under the direction of Dr. Sharon Weiss.

Dr. Folpe is the author of over 180 medical publications, principally in the areas of soft tissue pathology and diagnostic immunohistochemistry, the co-author of the 6th edition of Enzinger and Weiss’ Soft Tissue Tumors and the most recent Armed Forces Institute of Pathology Fascicle on Soft Tissue Tumors, the co-author of Bone and Soft Tissue Pathology: A Volume in the Foundations in Diagnostic Pathology Series, and a member of the consensus conferences for the 3rd and 4th editions of the WHO Classification of Tumors of Soft Tissue and Bone. Dr. Folpe also serves on the editorial boards of numerous pathology and dermatopathology journals. Dr. Folpe has lectured widely on various aspects of soft tissue pathology and diagnostic immunohistochemistry.

In his spare time, Dr. Folpe enjoys spending time with his family, and is an avid cyclist, hiker of Australian Shepherds, and chef. 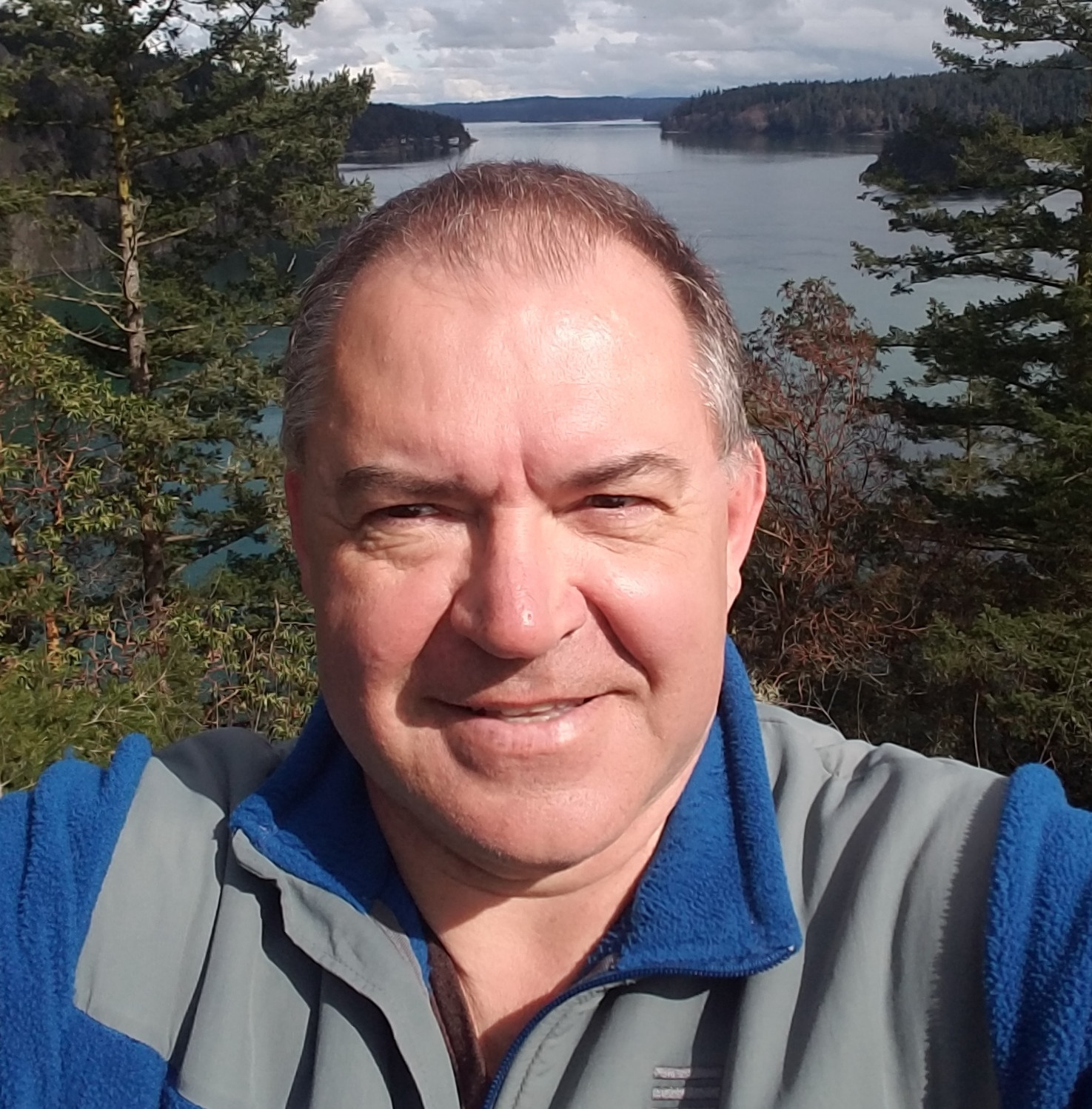 Fabio Del Piero, DVM, PhD, Diplomate ACVP, is a tenured full professor at Louisiana State University in the Department of Pathobiological Sciences. His appointment at LSU includes teaching of pathology and virology, service including autopsies, biopsies and molecular pathology, and research. The research component embraces comparative pathology, and investigation of the pathogenesis of infectious diseases and cancer. Recent studies have been focusing on zoonotic viral and bacterial agents such as West Nile virus, Eastern equine encephalitis virus, Zika virus, Herpesviruses, Rickettsial diseases, and Yersinia pestis and Klebsiella pneumoniae pneumonia models. He is international renowned for his expertise in comparative pathology, and has more than 30 years of expertise in this field. He is author and coauthor of approximately 110 peer reviewed publication, 100 abstracts, 4 books, several book chapters. In 2003 he received the Ljudevit Jurak Award for his studies. 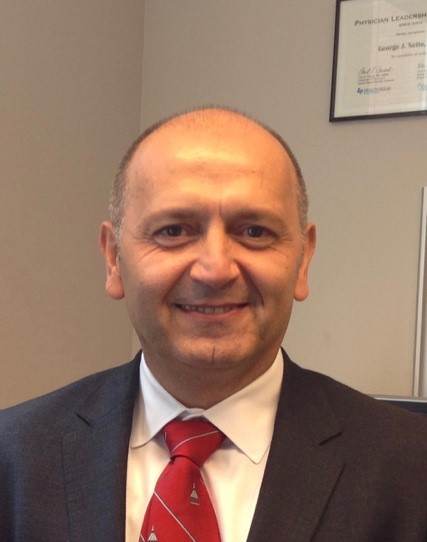 George Jabboure Netto, M.D.
Professor and Chair of Pathology The University of Alabama at Birmingham

Dr. Netto is recognized throughout the United States and around the globe for his expertise as a clinician, scholarly educator, and physician-scientist whose research is focused on urologic and molecular diagnostic pathology. He is associate editor of the Vircow Archives European Journal od Pathology , associate editor for translation and basic science for the journal “Urology” and the associate editer for the journal “Urology Case Report” and serves on the editorial boards of the journals of “Human Pathology”, “Pathology” and “Advances in Anatomic Pathology”. He has authored or co-authored more than 280 articles which have been published in peer-reviewed medical journals. He has co-authored four books in urologic pathology and is the editor of a widely recognized textbook on genomics in pathology titled “Genomic Applications in Pathology”. Dr. Netto is frequently requested to speak at national and international lectures in the fields of urologic oncology and molecular and genomic diagnostics. 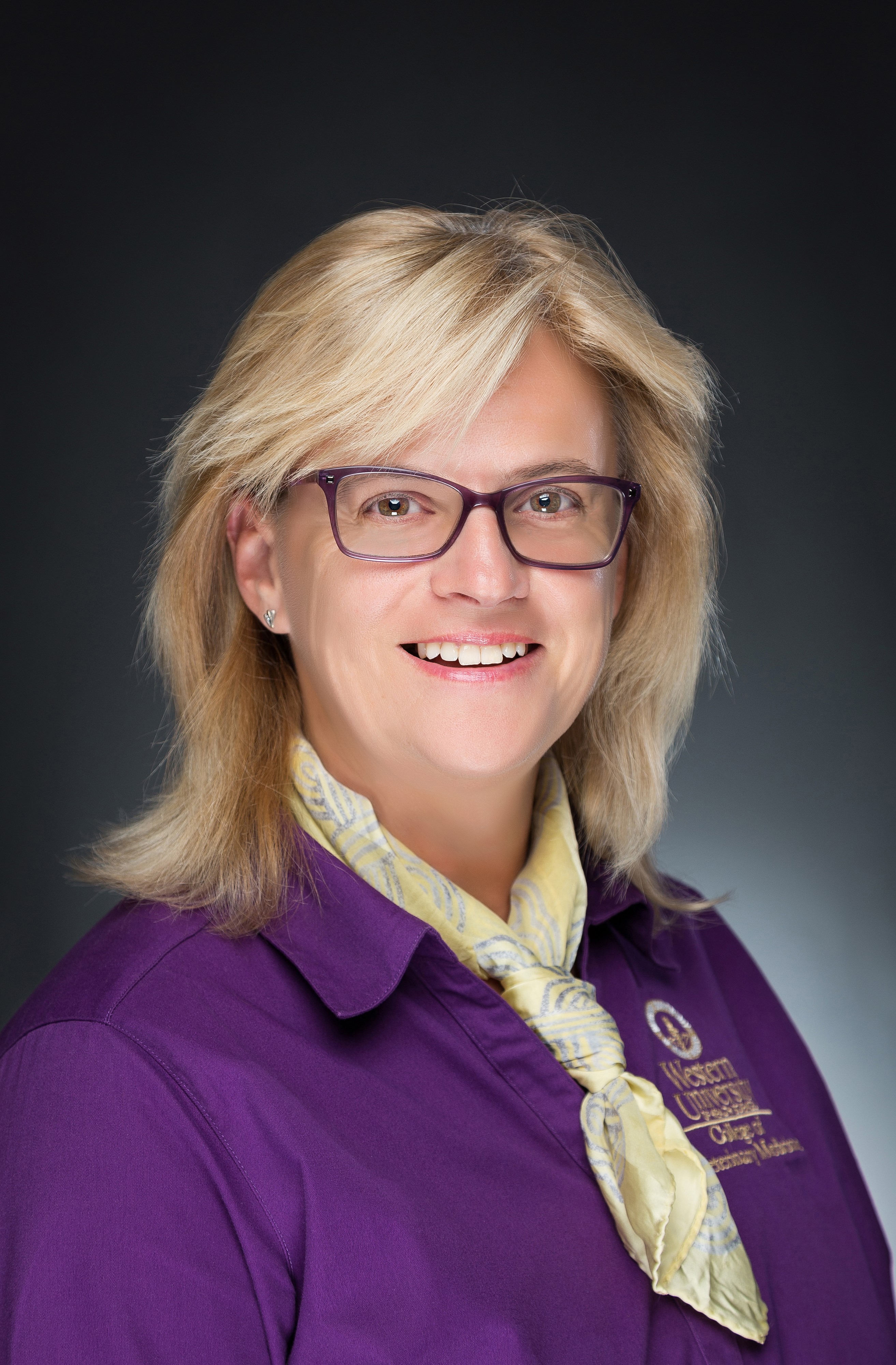 She was born in 1969. in Samobor, Croatia, graduated 1995. from the Faculty of Veterinary Medicine, University of Zagreb, and earned her PhD in 2001. from the University of Georgia, Athens, GA, USA. Dissertation title: “Enterohemorrhagic E. coli in Calves: Characterization and effect of diet”. She completed her residency in veterinary pathology at the College of Veterinary Medicine and State diagnostic laboratory in Ahens, GA, and she continued to work as a clinical instructor at the Department of Veterinary Pathology, CVM, UGA. Since 2003 she works as one of the founding faculty at the College of Veterinary Medicine, WesternU, California, USA. Her research interests include aquatic animal medicine, pathology of marine mammals, comparative pathology, environmental toxicology, ocean health and One health. She was involved so far in 12 research projects, had mentored 20 veterinary and graduate students, authored 30+ publications and 57 scientific abstracts at international meetings. She is a medical advisor to the LA Zoo, and adjunct faculty for the School of Public Health SDSU, Medical Faculty Univ of Zagreb, and the University of Zadar. She is the receipient of the “Jurak award for Comparative Pathology” in 2011 by the Croatian Academy of Medical Sciences and its corresponding member since 2015. She is most recently a receipent of the “Croatian Women of Influence” award in 2017 for Science and Technology by the Croatian Women’s Network.

Prof. Seiwerth’s scientific interests include tumour pathology, lung pathology, bone pathology, telepathology, quantitative pathology, experimental pathology and pathology teaching. He is the author and co-author of 155 full papers in peer reviewed journals cited in Pub Med, among them more than 135 in CC indexed journals, more than 200 in WoS, as well as chapters in textbooks of pathology and WHO Blue book (Lung, Pleura, Thymus, Heart, Lyon 2015). Prof. Seiwerth served as Assistant to the editor in Experimental and Clinical Gastroenterology, The International Journal, Pergamon Press, London. (1991-1994), Editorial board member of Electronic journal of pathology and histology (2000-4), and Diagnostic pathology (2006-). He was the organizer of numerous scientific and professional meetings, including 2001 International meeting on standardization in Telepathology, the annual “Saltykow Memorial Meeting”, and European School of Pathology Zagreb edition. 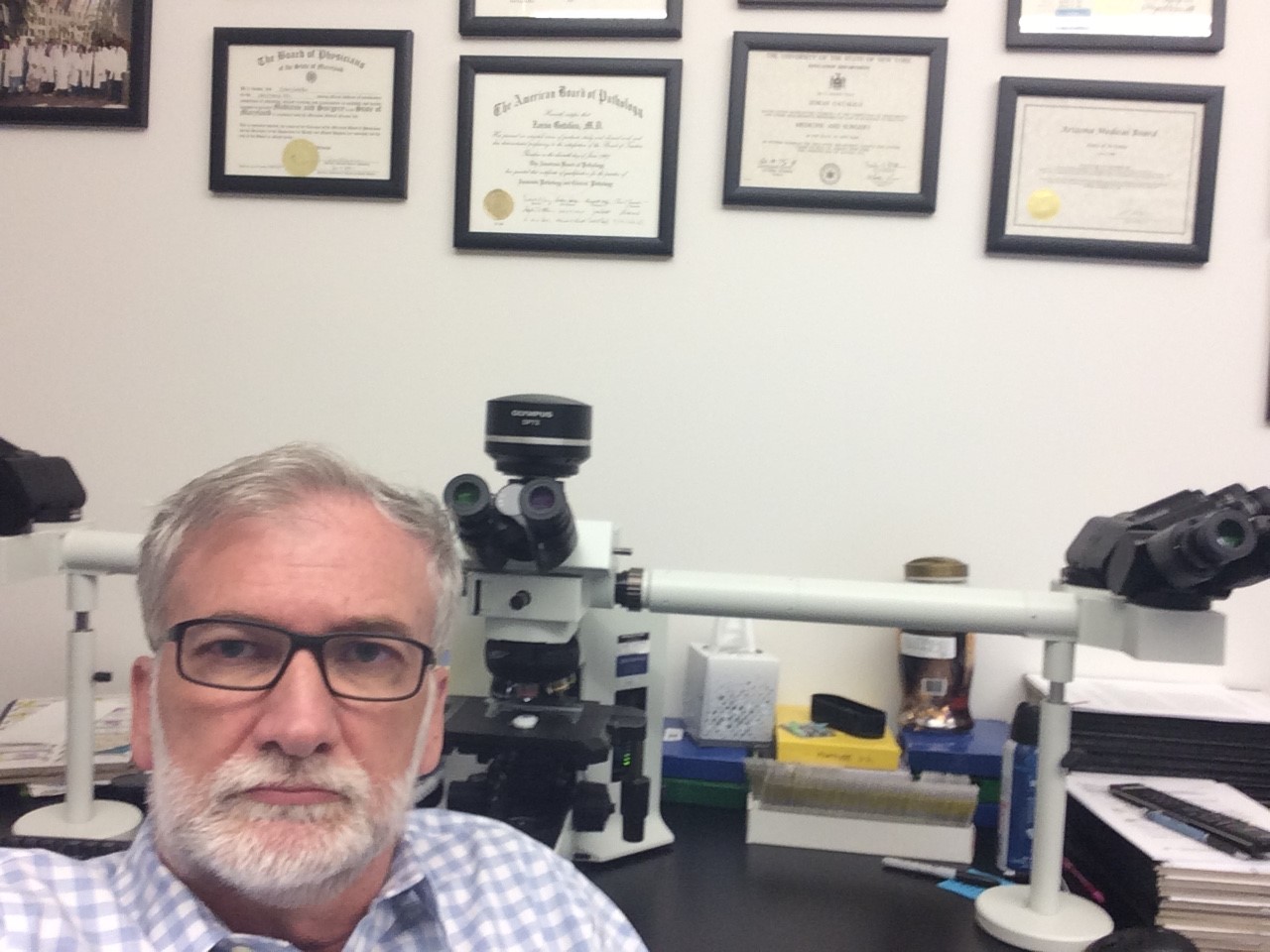 Zoran Gatalica is an American Board of Pathology certified pathologist and Executive Medical Director and Chief Pathologist at Caris Life Sciences in Phoenix Arizona. He graduated from the Medical School in Zagreb (Doctor of Medicine in 1984, and Doctor of Science in 1989), and trained in anatomic and clinical pathology at Thomas Jefferson University Hospital in Philadelphia (completed in 1996). He then practiced pathology at The University of Texas Medical Branch at Galveston (1996-2002) and Creighton University School of Medicine (2002-2011), before joining Caris Life Sciences. He has published over 150 peer-reviewed scientific and professional papers and several book chapters. He is the section editor of lecture series on “Molecular Genetic Pathology” from The Oakstone Institute (First Edition 2013; Second revised edition 2015). 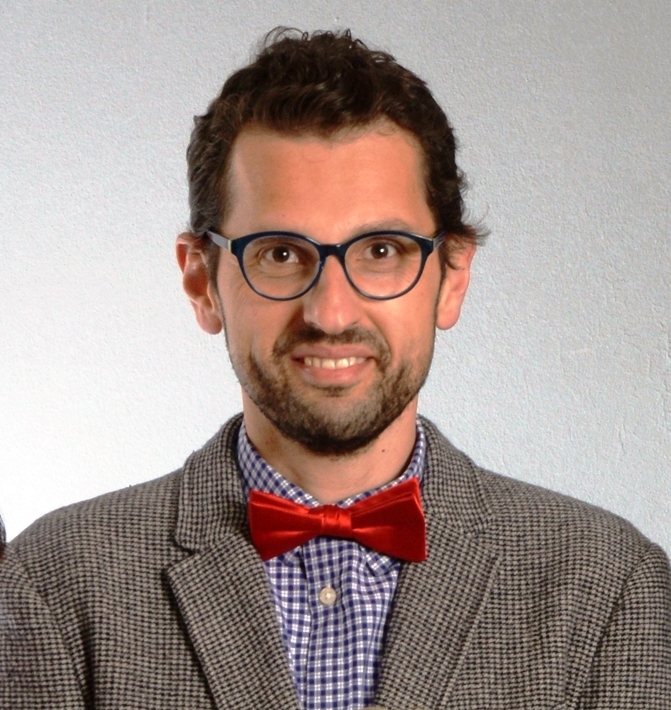 He is the organizer and course coordinator of the Bryan Warren School of Pathology (earlier: Bosnian British School of Pathology) in collaboration with British Division of the International Academy of Pathology, as well as the president of the Association of Pathologists and Cytologists of Federation of Bosnia and Herzegovina.

Dr Vranic is the Section editor (2014-2015) and Editor-in-Chief (2015-) of Bosnian Journal of Basic Medical Sciences, and Consulting editor (2015-) ofBreast Cancer: Targets and Therapy.

He has authored and co-authored numerous scientific papers and several book chapters. 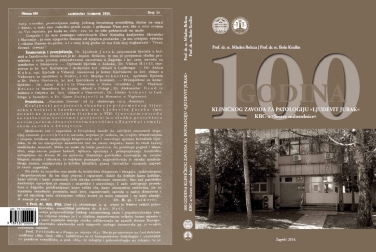